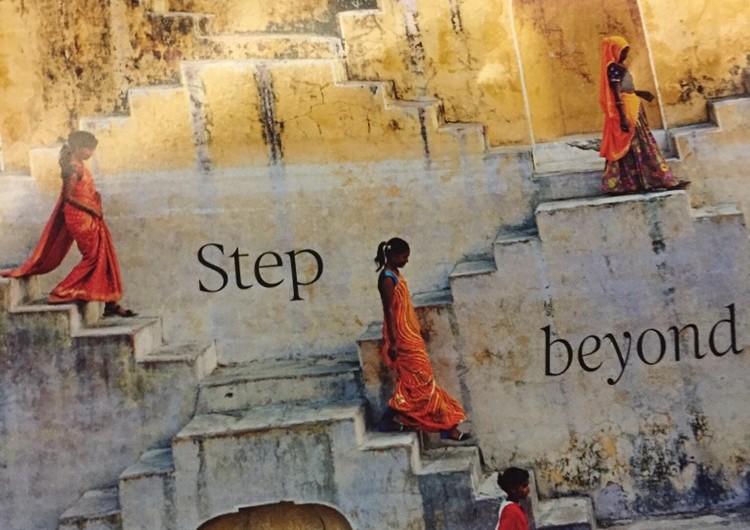 “India, incredible, intoxicating and almost impossible to imagine” which is how this cover of this months Qantas magazine. Step beyond..with a great photo of the Chand Baori, in the village of Abhaneri.

Abhaneri is a village in the Dausa district of Rajasthan state in India. It is situated at a distance of 95 km from Jaipur, on the Jaipur-Agra road.

Abhaneri was originally named Abha Nagri, which means “city of brightness,” but due to mispronunciation, the name was changed. The city is now in ruins, but it attracts tourists from across the globe. Chand Baori consists of 3,500 narrow steps over 13 stories. It extends approximately 30 metres into the ground making it one of the deepest and largest stepwells in India.

Spiti Valley in India is a very remote location with limited tourist infrastructure.  This makes this part of the world a little-visited but rewarding destination. Voted as number 8 of the of Lonely Planet Best in Travel Regions 2018 this is a must for adventurers who want to see and experience extreme beauty, remoteness and never to be repeated landscape ever again. From the ancient Monasteries of Tabo, Dhankar and Ky, you will also be able  take a glimpse in the exotic life of these remote and isolated communities of Kaza and the small villages that make up this beautiful valley.

As one of their writers describes the Spiti Valley  – “Imagine an arid land set high in the Indian Himalaya, a high-altitude desert punctuated by small patches of green and miniature villages of white, flat-roofed houses perched below stark rocky hillsides and jagged snow-covered peaks. Picture high passes blocked by snow and ice for half the year, and scattered stabs of colour from fluttering prayer flags and precariously perched Buddhist monasteries.
John Noble, Lonely Planet writer

There has never been a better time to come and enjoy this amazing place.  Get there before it becomes popular!