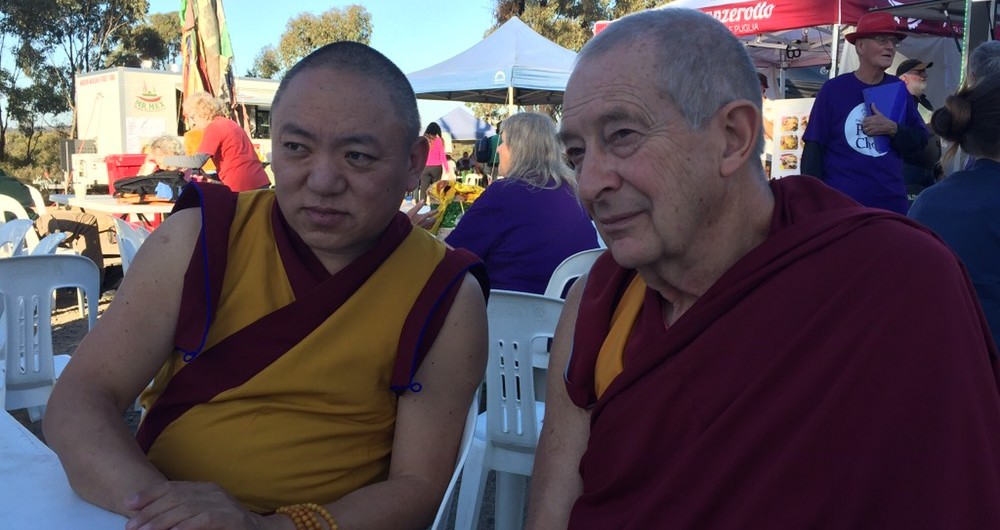 When you think of Australia, you don’t immediately think of Buddhism. Picture open skies, beaches, the bush and cute furry animals. The state of Victoria has all of that and more, and on our recent visit to the Great Stupa’s Illumin8 Festival we were able to combine those well-known elements of Australia with a unique Buddhist pilgrimage.

I organised a group of people from the Chenrezig Institute, including Geshe Tsultrim (the main teacher) and his translator Venerable Kartson, for a mini Buddhist pilgrimage to Victoria. It turned out to be the perfect destination, as the distances between the pilgrimage sites are short and traveling between them is easy. 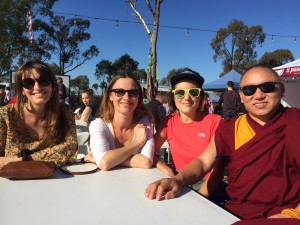 Our first stop was Quang Mingh Temple, a Vietnamese Buddhist temple with a thriving community of 15,000 people. Our group was warmly welcomed by the affable Venerable Phoc Tan with Vietnamese tea and snacks and a personal tour of the extensive complex. We were shown around the main temple which is extremely large by comparison other Buddhist structures in Australia. The flower arrangement offerings to the Buddha were abundant in the temple, ranging from vivid red and yellow roses to pink and white orchards.

Next, we headed towards Bendigo and the Great Stupa. Our destination was Thubten Sherab Ling Monastery, where we would be staying for the next four nights. We were warmly welcomed by the Abbot, Venerable Thubten Gyutso. Ven Thubten Gyutso was also one of the first Western monks to be ordained by the FPMT founders, Lama Yeshe and Lama Zopa Rinpoche back in the early 1970s. The structure of the monastery is rammed earth and as a result it sits naturally in the classic Australian landscape. That evening we spent time around the warm and cozy log fire and thoroughly enjoyed our unique surroundings.

We left early the next morning and headed to Trentham to share a special lunch at Newbury Monastery. The monastery itself is quite small and is only four years old and is nestled amongst picturesque falling autumn leaves. The lunch which was prepared by the students of the monastery, who come from the Sri Lankan community. The act of preparing and sharing the meal is called dana, or generosity. The ceremony that preceded the actual eating included prayers before the monks and nuns walked slowly towards the food. The people present spooned a small amount of rice into their alms bowls, similar to the traditional way that monks were fed in the time of the Buddha. 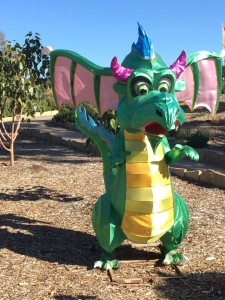 After lots of photo opportunities with all the golden autumn leaves around, we headed back to the Great Stupa as the Illumin8 festivities were starting. This festival coincides with Vesak, also known as Buddha’s Day or the full moon day. This year Vesak happened to fall on the 19th of May but was celebrated from the 17th to the 18th of May.

The festivities were held in and around the Great Stupa. The grounds surrounding the stupa were filled with multi-coloured statues depicting animals and mythical figures as well as singing, dancing and a puppet show from Bendigo’s various cultural groups.

Inside the Great Stupa itself the impressive Jade Buddha was the feature. The statue has come home to rest after being on a world tour for the past 9 years. Inside the stupa there were other activities such as dragon dancing, a Tibetan horn demonstration and the creation of a sand mandala by the monks.

Surrounding the stupa there were also plenty of food stalls, selling everything from Tibetan momos to spring rolls. The spectacular sound and light show was the clear winner though. The story of the Buddha’s life was beamed onto the stupa, with a short but beautiful fireworks display to top it all off. It was a magical way to spend the evening, under the great Australian sky on a cold Victorian night and within a thriving Buddhist community.

The Illumin8 festival was one of those surprising hidden gems and the Great Stupa has brought Buddhism to life in Australia. I can’t wait to return.

‘Speak for Something’ – the bespoke travel experience 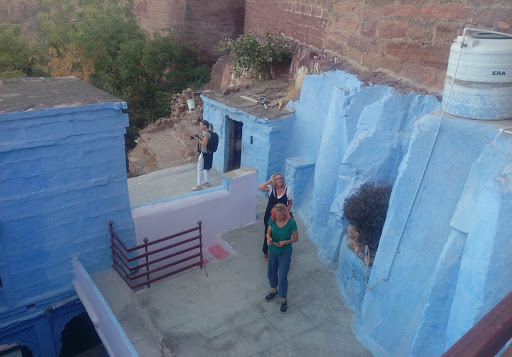 Travel means something different to everyone. For many in this day and age, a lot of people travel and have different expectations.  Some travel to get away from everyday life – on their annual holidays they want to leave their old world far behind and have an adventure.  Whether it is going to Japan or India to experience a different culture or to hire a car in the UK or France and drive around the countryside taking in the quaintness or visit the casinos of Los Vegas we are all looking forward something different, something new and exciting.

There’s nothing quite like the luxury of old world travel. Many travellers are seeking to travel the way it used to be, an experience from the time when travel was just a little bit more special. Guests felt that the journey itself was just as special as the destination, and the experience of being the guest was just that, an experience. When customer service reigned supreme and the little inspired touches of class turned a well earned holiday into a lasting memory.

As travel now is affordable to everyone, it has very little to do with cost and a lot to do with the seemingly 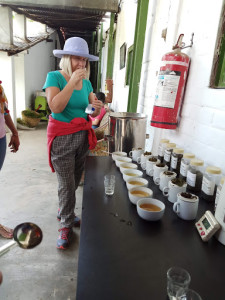 unattainable. We are now all looking for experiences to fill our buckets.  The Bespoke Experience which means ‘speak for something’, in other words something memorable.   Moments of quiet in a wooded forest when everything is calm, drinking tea with the locals in a mud hut or taking a heritage walk around an ancient city first thing in the morning can be pure joy.   These simple pleasures (to some) are equally as luxurious as diamond rings, brand names, luxury restaurants and first class seats.  Luxury doesn’t necessarily equate to dollars spent, it is an experience, a feeling, or moments of happiness.

These experiences or hidden luxuries are the moments that we remember. As a regular traveler all throughout my adult life, my most memorable experiences are around people I have met and beautiful places but I don’t remember very many of the hotels I have stayed in.   They are more personalized experiences such as include travelling with fewer passengers, indulging in a moment of serenity in a beautiful location or an early morning walk through the alley ways of a very old part of a city, cooking in a locals kitchen and eating with their family, or having tea with a monk who lives high in the forest.  The simple things, that may not be a part of our everyday life and are luxuries we seek when travelling.

I have many memories but a few ‘experiences’ that shine brightly.  Like one with the Masai warrior in Sergenti National Park who took a shine to me.  He gave me a quick look around the village and promptly told me he was looking for another wife.  He thought I would be a good candidate and showed me where I would be sleeping – in a tiny room attached to where the cows are kept.  I told him that I was past child bearing age (I wasn’t), but he said I didn’t have to worry he would find someone else to have a child and I would look after it…so when I politely refused his very kind offer, he showed my back to the bus – where my friends were having such a giggle about it all.  As I went to step on the bus, he put his hand firmly on my rear end and in perfect English said that as I had declined him, could I at least spend the night with him….I didn’t pay for this but it has been a memorable moment all my life. 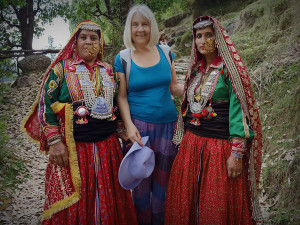 We are about to extend our range of bespoke experiences and will be incorporating them into our journeys and as optional extras.  Some examples are: