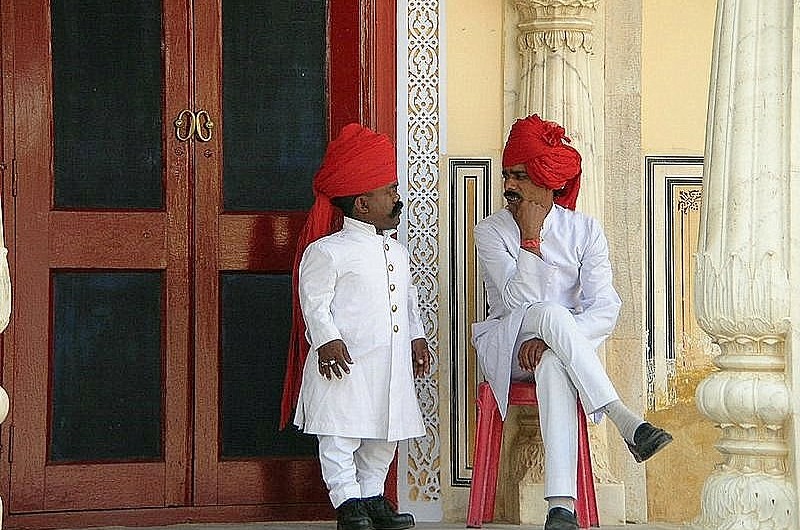 In India the turban is referred to as a pagri, meaning the headdress that is worn by men and is manually tied. There are several styles, specific to the wearer’s region or religion, and they vary in shape, size and colour.
Colours are often chosen to suit the occasion or circumstance: for example saffron, associated with valour sacrifice (martyrdom), is worn during rallies; white, associated with peace, is worn by elders; and pink, associated with spring, is worn during that season or for marriage ceremonies.
Navy blue is a color common more to the Sikhs. It signifies war and royalty, while black is associated with resistance, orange with martyrdom and white with old age, death, or peace; however during times of peace or rallies for peace people will usually be in war gear (i.e. blue) white only has the association.
from: wikipedia

Sharon Thrupp
Sharon is passionate about India and the Himalayan region. She believes that while her Australia is her country by birth, India is the country of her heart. She first went to India in 1996 and later returned to volunteer helping Tibetans in Dharamsala in 2001, fell in love with the Himalayas and stayed. She is currently involved in a NGO in India helping underprivileged girls continue their education and spends her spare time walking in the foothills of the Himalayas and doing yoga.
Next postWhat’s a wallah?